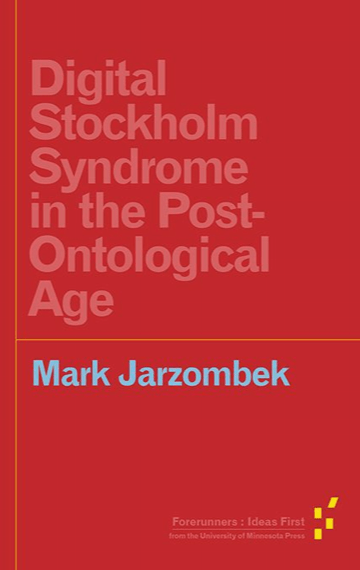 Once, humans were what they believed. Now, the modern person is determined by data exhaust—an invisible anthropocentric ether of ones and zeros that is a product of our digitally monitored age. Author Mark Jarzombek argues that the world has become redesigned to fuse the algorithmic with the ontological, and the discussion of ontology must be updated to rethink the question of Being. In Digital Stockholm Syndrome in the Post-Ontological Age, Jarzombek provocatively studies the new interrelationship between human and algorithm.

Mark Jarzombek is a professor at the Massachusetts Institute of Technology, where he has been teaching since 1995. He specializes in the history and theory of architecture.